About
Aloysius Wong is a Toronto-born and -based photographer and photojournalist. He began learning about photography at an early age, watching his father carry around his camera during family outings. When he took a summer photography course on a whim in high school, he immediately fell in love with the craft.
During his time at the University of Toronto, Aloysius was the co-president of VicXposure the photography club at Victoria College. There, he photographed everything from theatre performances and student galas to academic conferences and alumni reunions. He also worked as the photo editor at The Mike, the student newspaper of St. Michael's College in the University of Toronto, and contributed photographs for publication in The Strand, The Varsity, and Maclean's.
Upon entering the world of journalism in 2021, Aloysius has since worked for CBC, CityNews, The Green Line, and America Magazine, and held editorial positions with the Toronto Metropolitan University publications The Otter and the Review of Journalism.
Aloysius's photojorunalistic interests are broad, but he has the most experience in event photography, having covered rallies, protests, formal dinners, graduations, and weddings. He also provides portrait services, and has regularly provided headshots for numerous student groups.
You can find him wandering the streets of Toronto, camera in hand, keeping a watchful eye and an open ear to the pulse of the city.
You can contact Aloysius by emailing aloysius.wong@pm.me.
Events 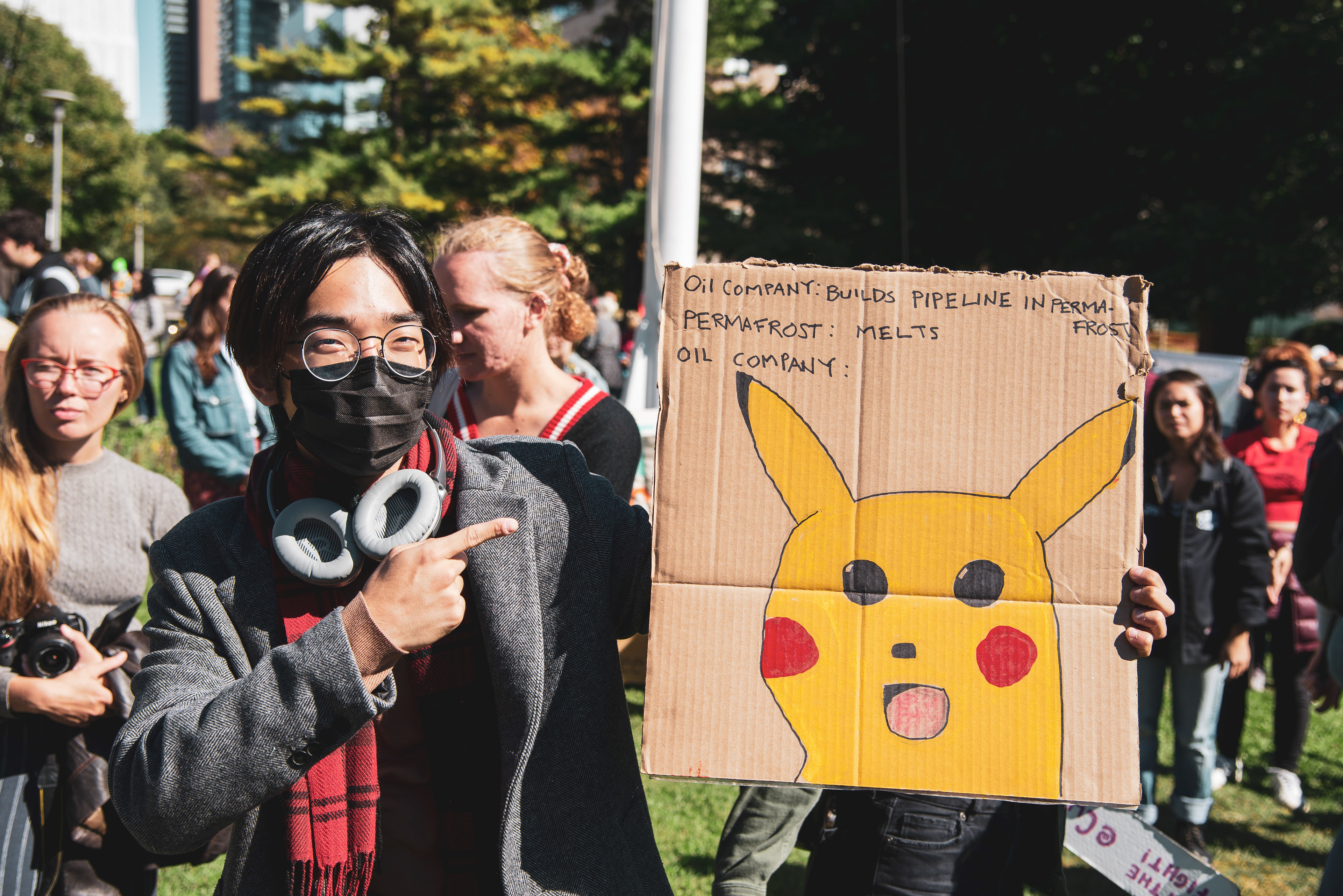 A young man shows off a sign featuring a meme mocking oil companies for building pipelines in permafrost. (Aloysius Wong) 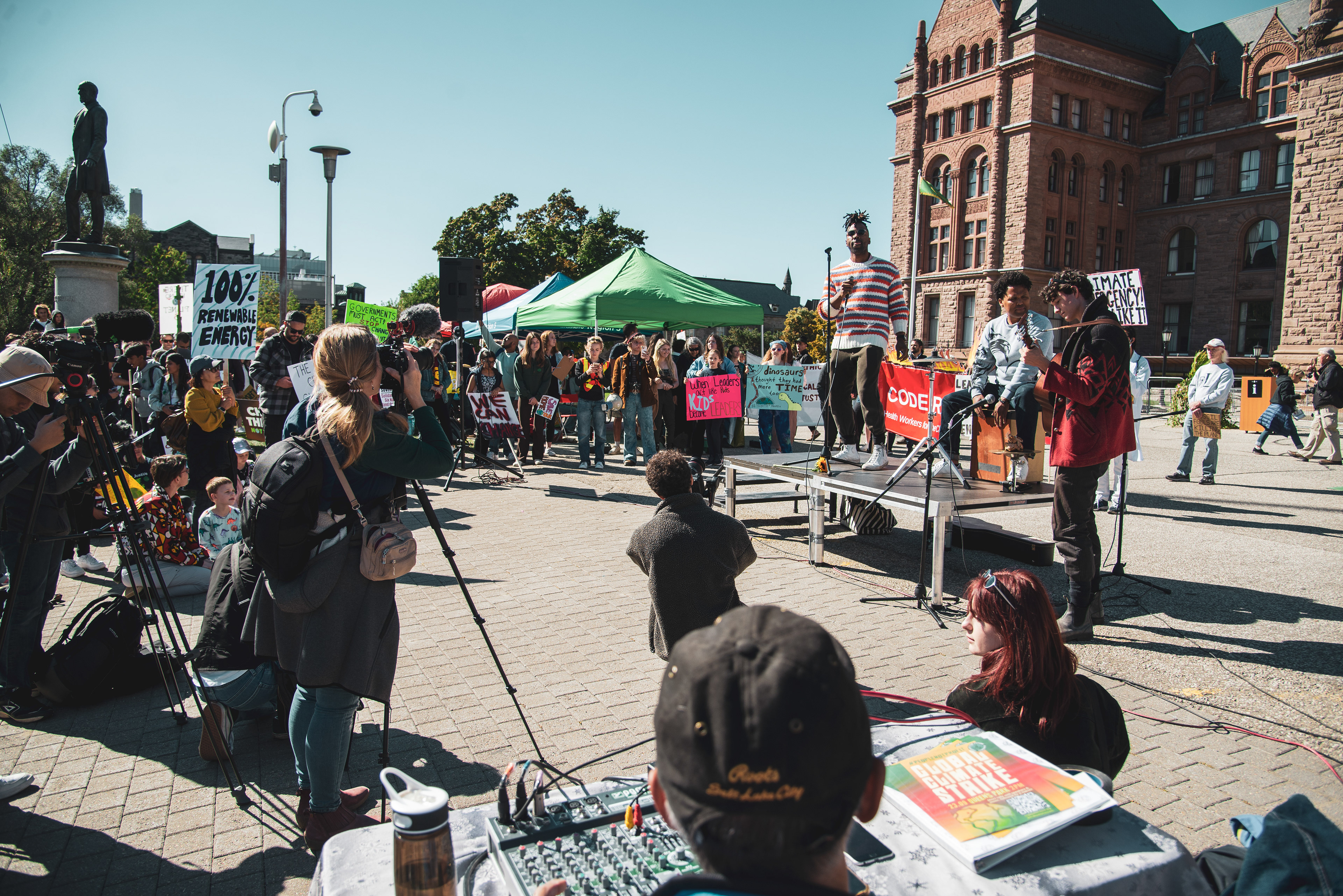 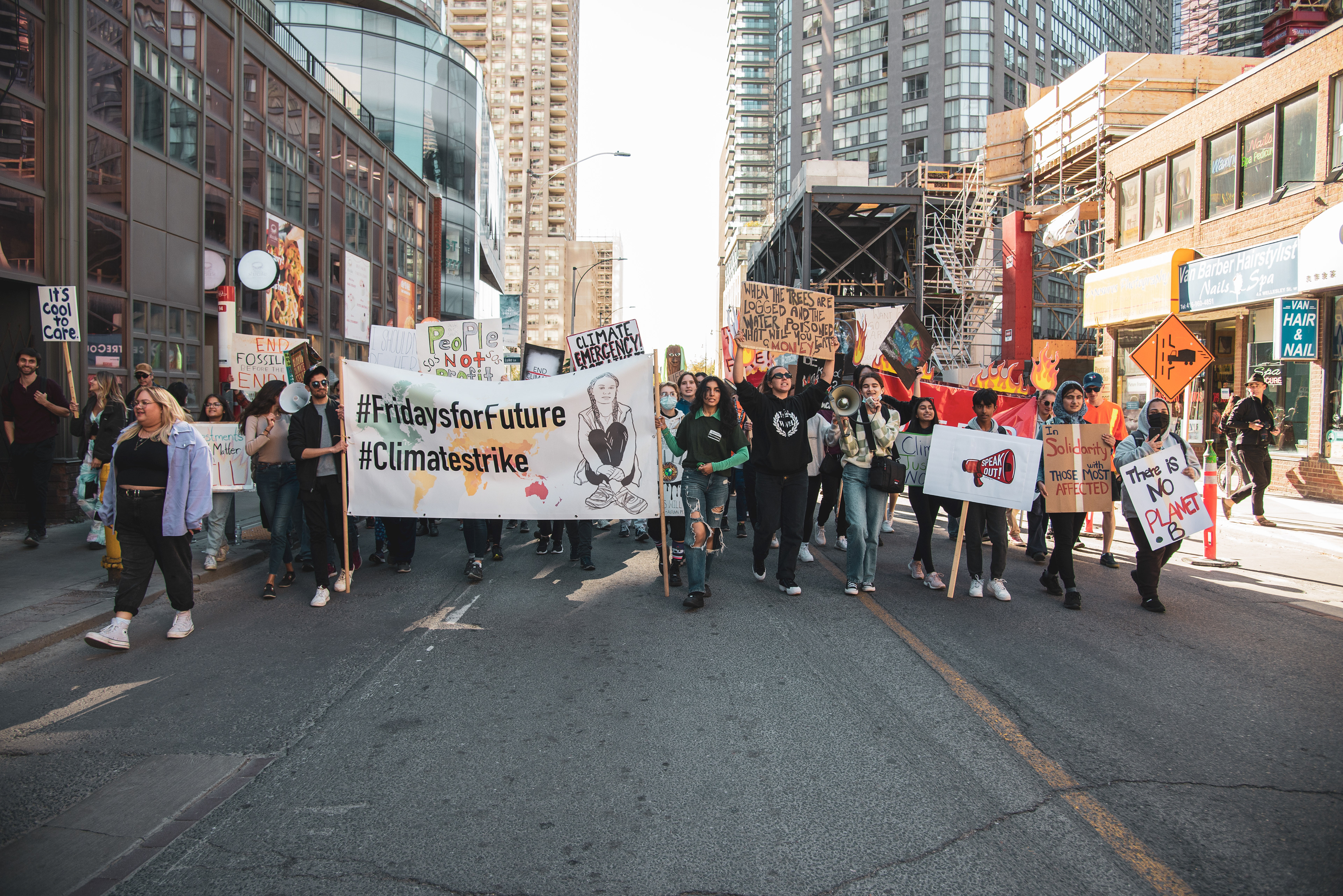 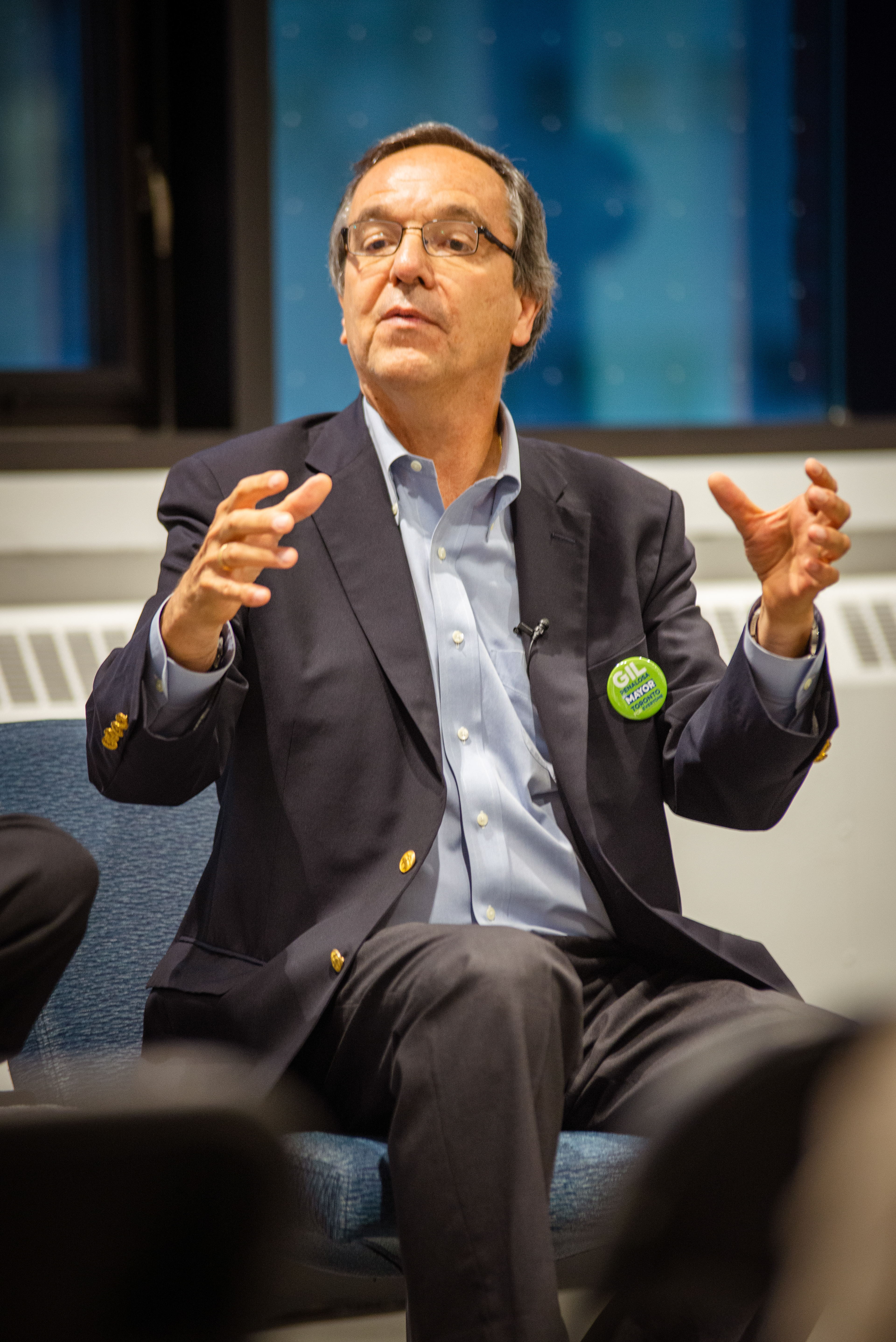 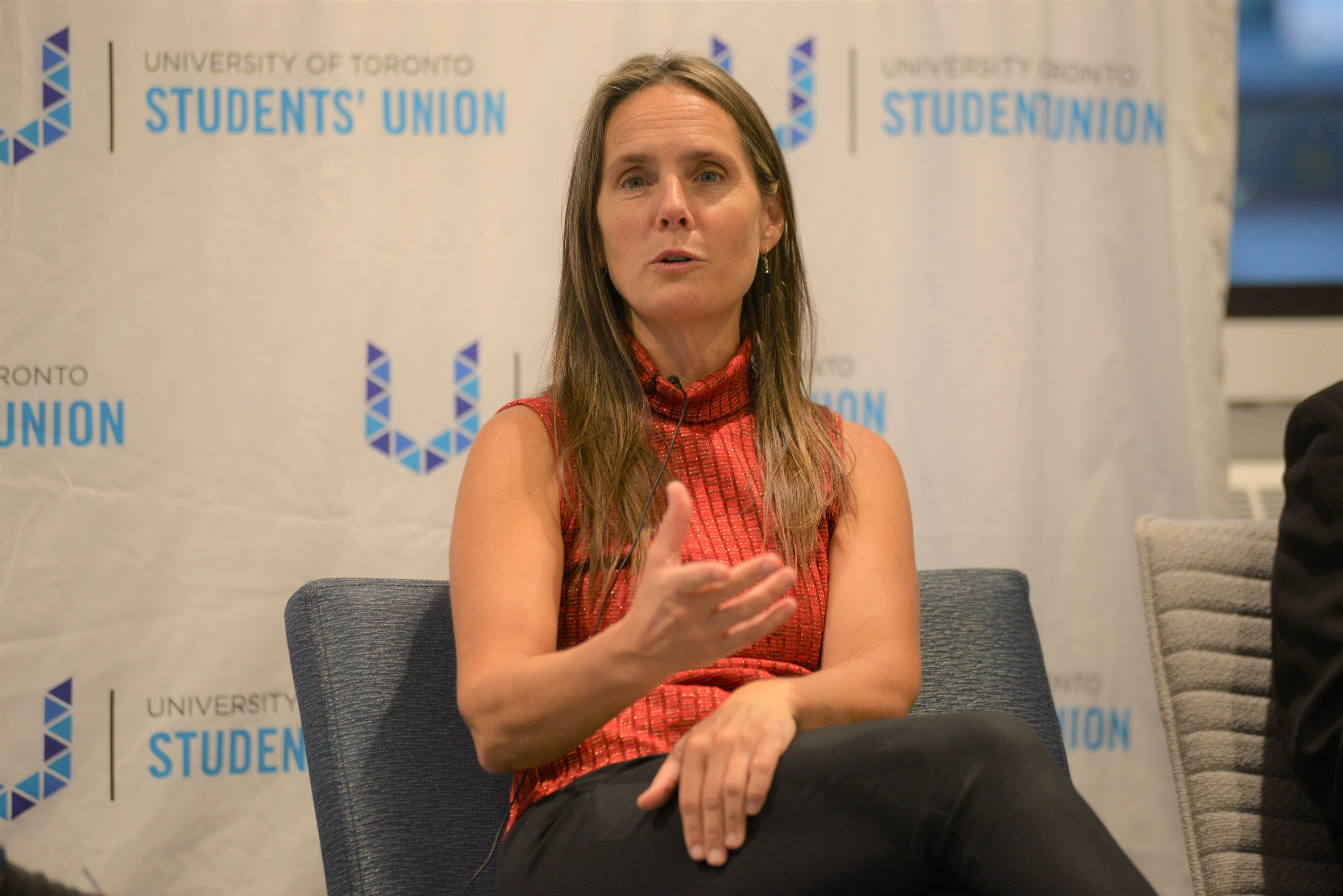 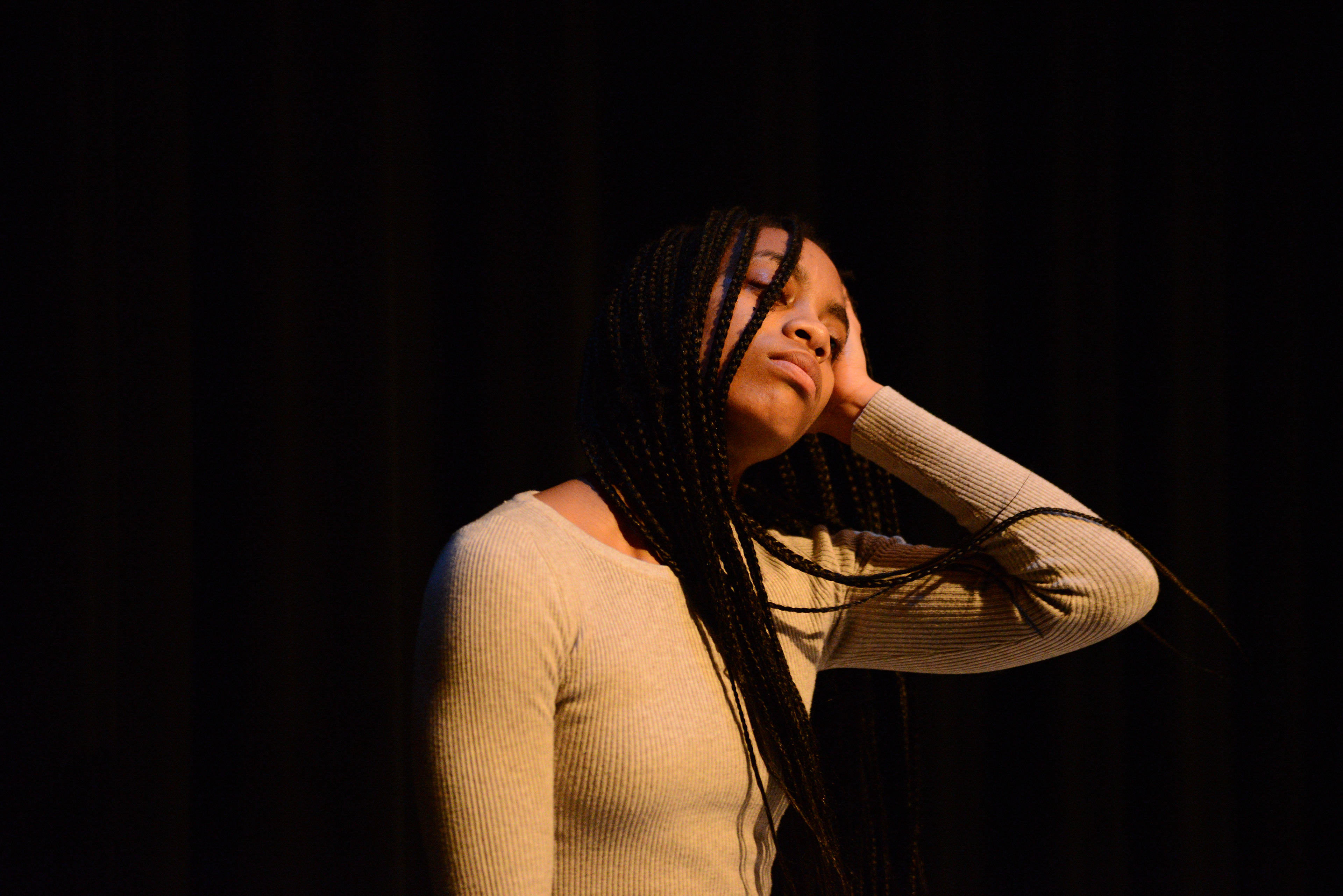 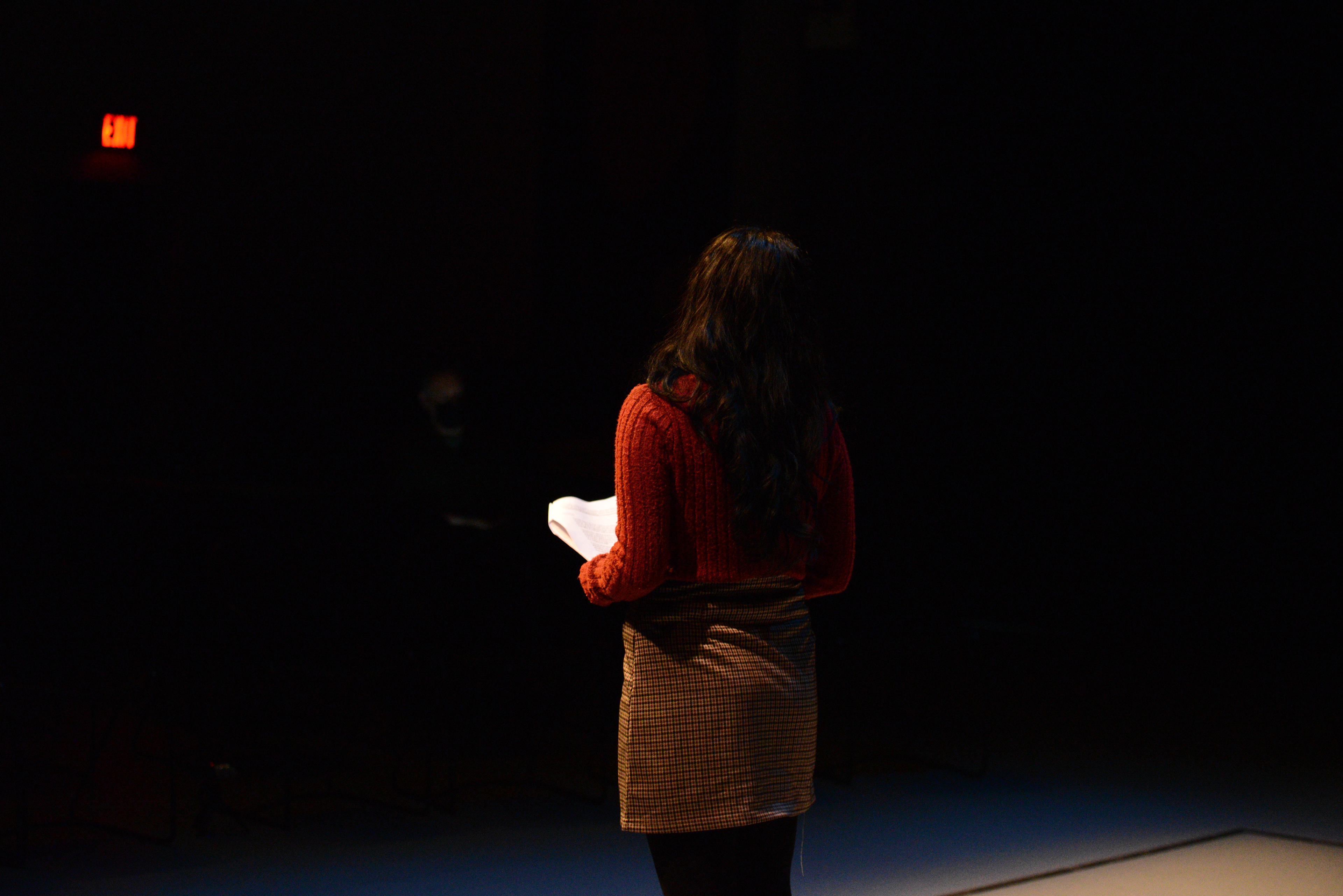 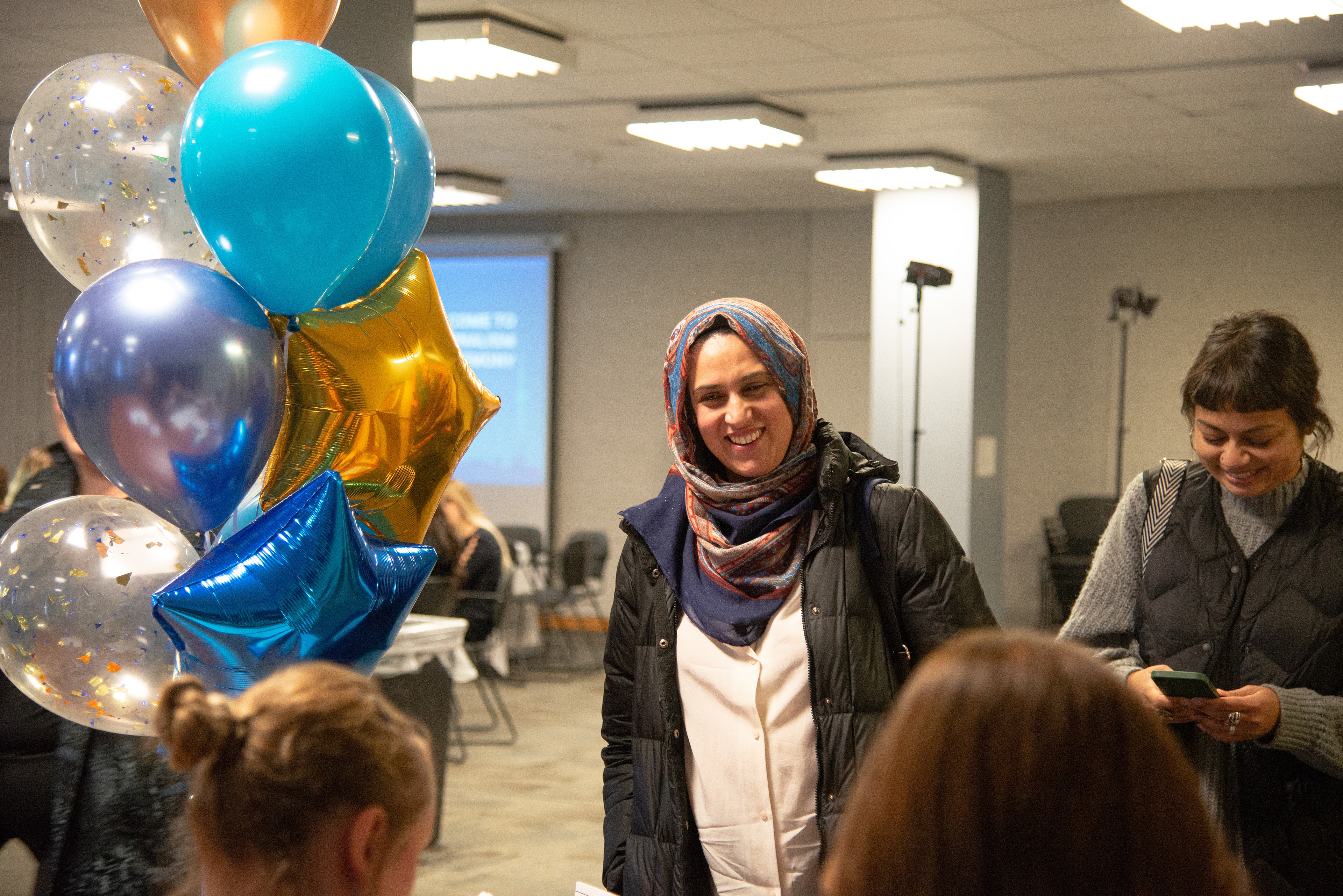 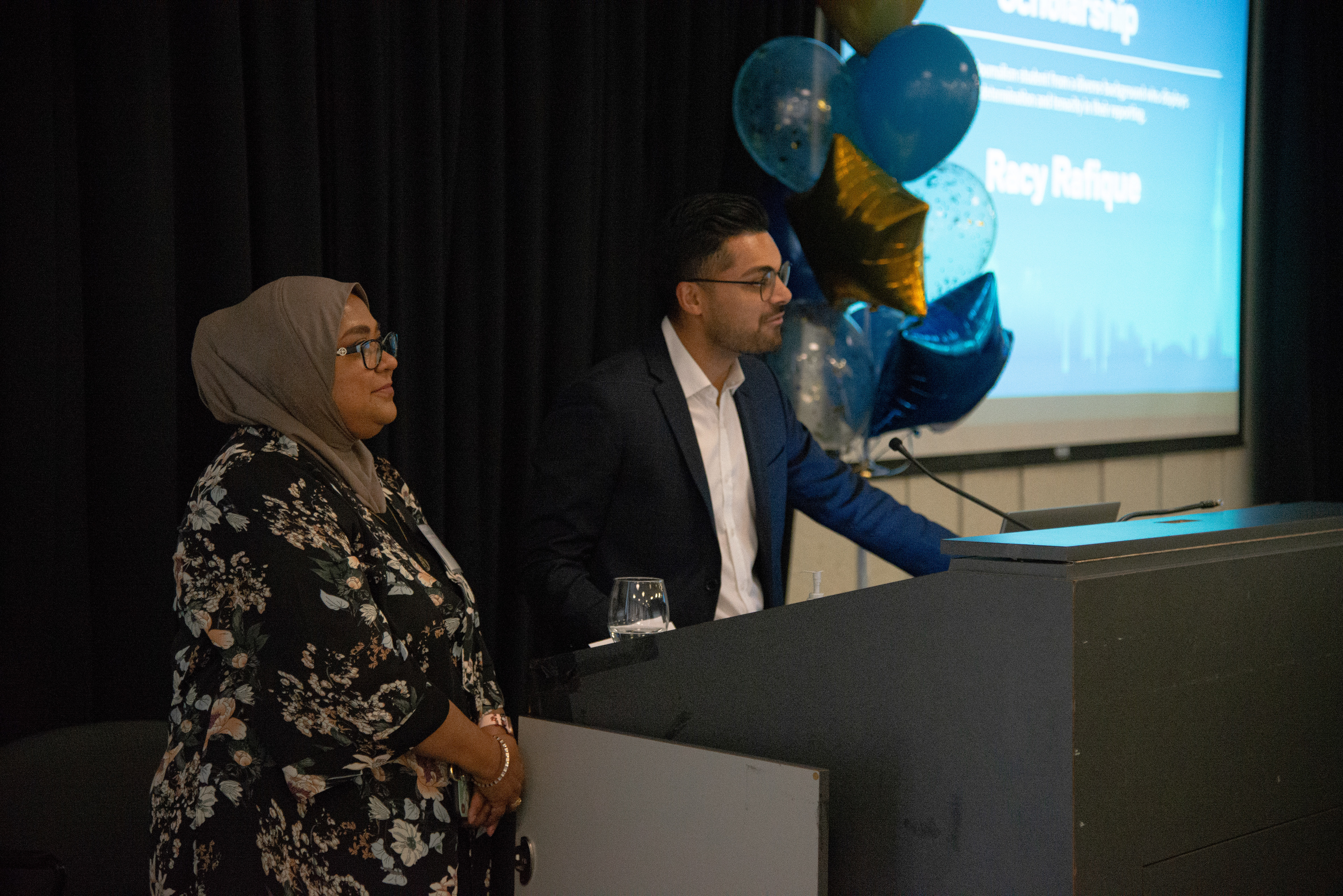 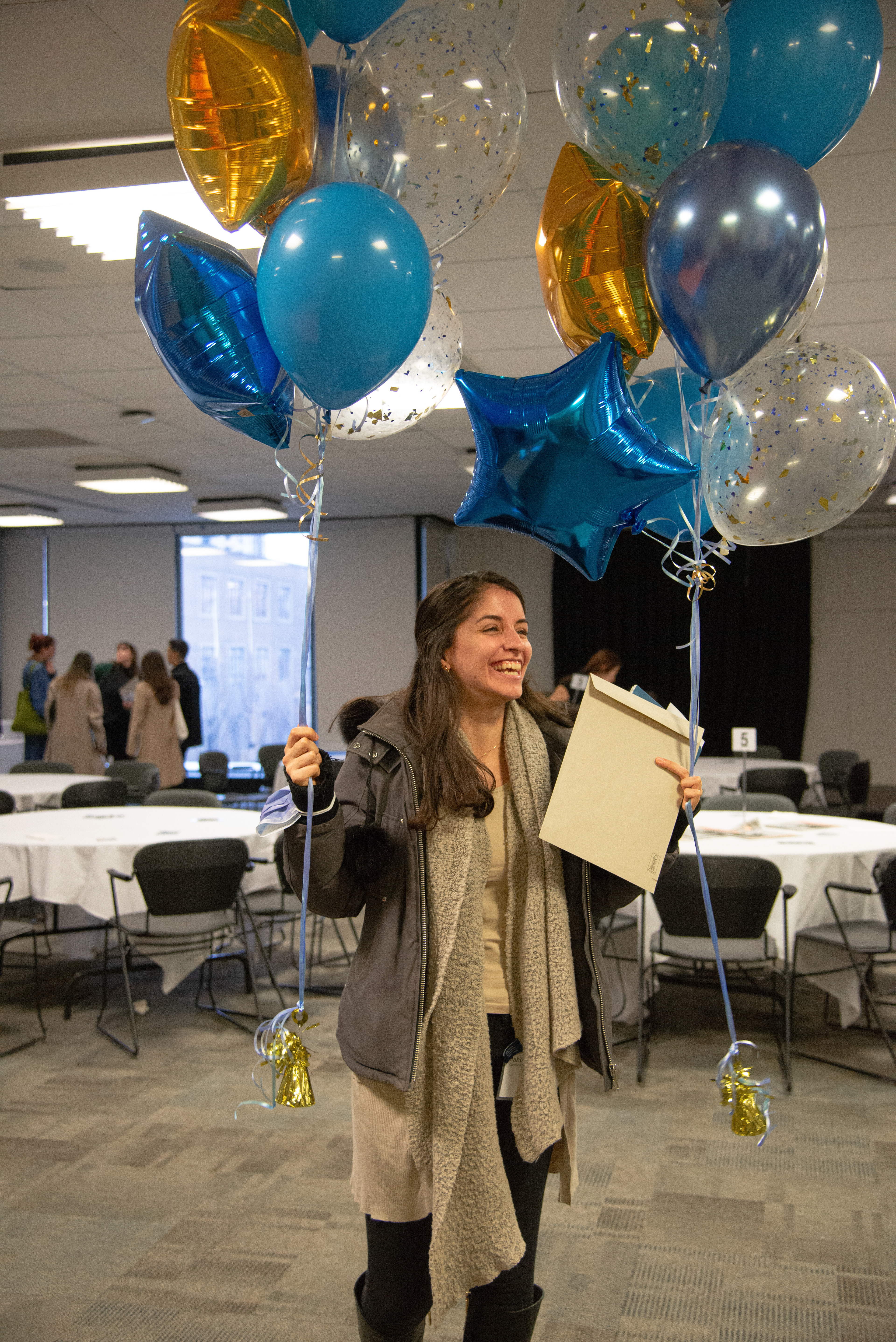 Mahdis Habibinia celebrates her birthday with an award and balloons from the School of Journalism award ceremony on Nov. 28, 2022. (Aloysius Wong)

Maddy Mahoney, co-editor of The Otter, poses for a portrait on the second floor of in the Rogers Communication Centre. (Aloysius Wong)

Anthony Milton, features editor of The Otter, has his portrait taken in the Rogers Communication Centre. (Aloysius Wong)

Photojournalist Emily Clare practices her portraiture in a studio within the Rogers Communication Centre on Nov. 2, 2022. (Aloysius Wong)

Leslie Sinclair, the 2022-23 chief copyeditor of the Review of Journalism, an annual magazine produced by the School of Journalism, poses for a portrait in a studio within the Rogers Communication Centre on Nov. 2, 2022. (Aloysius Wong)

Award-winning student journalists pose for a photo together at  the Toronto Metropolitan University School of Journalism award ceremony on Nov. 28, 2022. (Aloysius Wong)

The Fairmont Royal York Hotel continues to operate at 100 Front St. W. in Toronto, Ont., on Dec. 26, 2022, nearly 100 years since it first opened. When it was completed in June 1929, the Royal York was briefly the tallest building in the city — and the British Empire — at a height of 124 metres, until it was surpassed by the Canadian Bank of Commerce at King and Bay Streets in 1931. (Aloysius Wong)